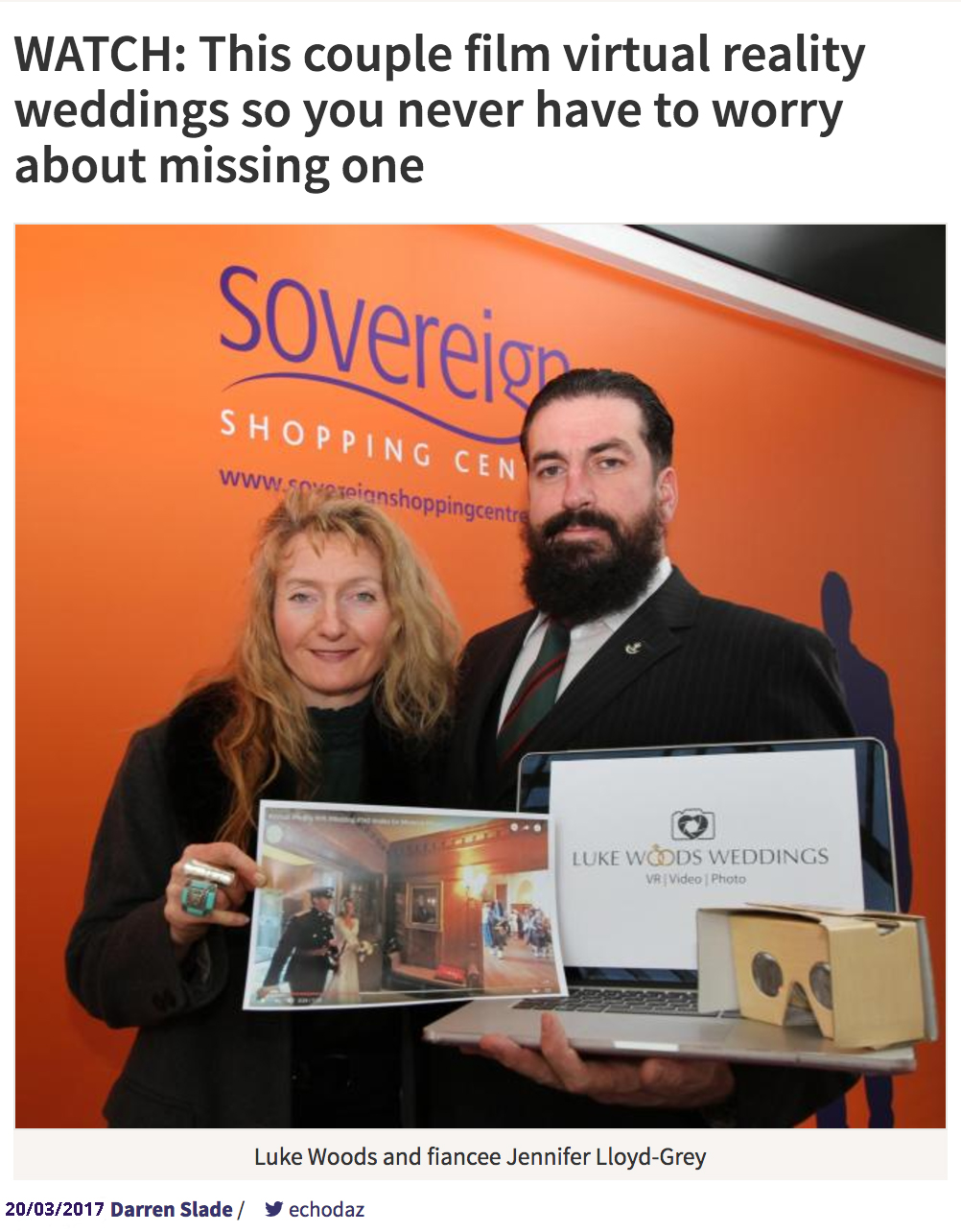 Huge thanks to Darren Slade and the team.

What if there was a new way to capture the key scenes of your golden day?

Its the one day that can make the rest of your life a loving future.

Its so obvious its complicated – well, its actually very simple in principle.

There is a growing trend in ‘documentary’ style reportage from the wedding day.

It seems VR is quite often in the news these days.

A far cry from its origins as a military training tool.

We saw films like The Lawnmower Man and Tron as kids.

Does anybody remember the Viewmaster?

All of these are VR Pioneers.

We Are expanding and rebranding – with development comes change.

I have had a separate Wedding website for the last 5 years.

With WoodStudio.Co we have grown to deliver VR Wedding Video.

Although VR is not entirely new there is much new with its current incarnation.

And although often criticised for being too big VR is one of the “things” it has fostered and given new life.

Coupled with its sister company YouTube – VR is well and truly alive in the hands of innovators.

For me personally its sometimes like reliving the industrial revolution with so much being developed so fast.

In simple terms there are sill only just a handful or people around the world who can put the VR jigsaw together.

Facebook has also been an early adopter of the new media tech and this opens up the world to billions.

There seems to be some confusion as to how VR actually works, what is does, who likes it etc etc etc.

There is one super simple answer – dont try to explain it – VR can talk for itself very well.

PLUG YOUR FACE INTO VR AND IT DOES THE TALKING

A Studio Is Born

We now have partnerships in Poundbury and Poole.

While continuing to help our friends in Weymouth and Exeter.

How do we shoot VR? Leave all that to us. The planning is very very simple. We will plan all in advance.

There are a number of key scenes that define a wedding – we will talk to you and get an idea of how you see it.

Maybe you would like to make it private? We can do that so you can choose who to send a link to.

How about the family in Australia that cant make it? No problem. Its VR with a Smartphone and a £10 bit of cardboard.

You must be busting with questions?